As China’s President enters his third term, his political preferences directly undermine the economic achievements he envisions for his country for its 2049 centennial. 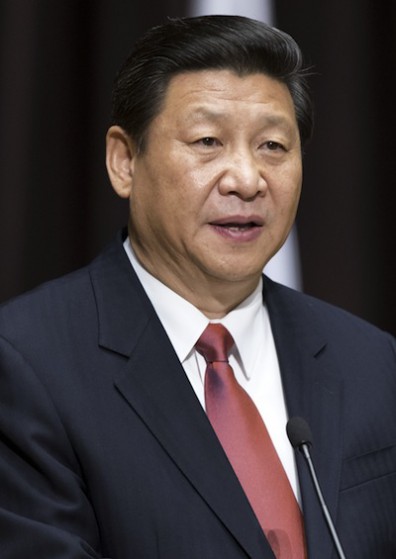 At the 20th National Party Congress, Xi Jinping – the man who considers himself the “Good Emperor” – is expected to accept an unprecedented third term.

He has long articulated the need to cleanse China of its market reform excesses and strengthen the confidence of the people in the party.

Xi is also determined to put China firmly on the path to complete China’s “Peaceful Rise” status by 2049 – right in time for the 100th anniversary of the founding of the People’s Republic of China.

One of the biggest challenges standing in his way is the single most significant foreign policy move of the Trump administration. Despite his sympathies for autocratic leaders, the then-President of the United States called out China in 2017 for unfair trade practices.

Since then, a growing Western alliance has moved to contain China, in a rare affirmation of Trump’s leadership. Beyond the tariffs imposed by the United States and hard restrictions on tech transfer, China has had to contend with growing economic headwinds.

Economic headwinds, of China’s own making

Remarkably, many of them were of China’s own making. Just consider the economic fallout from China’s frequent Covid-19 related lockdowns, its crackdown on real estate market excesses as well as its crackdown on its domestic tech companies.

All of this has crimped economic growth to a projected meager 2.8%. If not reversed, this will certainly impact its goals for 2049.

The big question for China under Xi thus is this: How well can the country cope with an international environment, which – unlike in the previous era following Nixon’s visit to China in 1972 – is no longer unconditionally supportive of its integration into the global political economy?

In this increasingly adverse environment, Xi has to make several long-term decisions which have contradictory political and economic outcomes.

The problem is that China’s state sector has been anything but dynamic in the past. The SOEs (state-owned enterprises) are debt laden, have low productivity and are prone to corruption. What is good politically may end up dis-incentivizing the private sector and crimp its dynamism.

In the face of Western sanctions on strategic industries like semiconductors and artificial intelligence, China is veering towards self-reliance. The “Made in China 2025” initiative which gives preference to domestic manufacturing over imports is one such program. It has pledged $150 billion to spur progress in semiconductors.

New investment into China by European firms has declined to $2 billion in the first half of 2022 – compared to $4.8 billion in 2021 (already at low levels). Many Western firms are reluctant to put their latest technologies into China.

As a result, many jobs that would be key for China’s continuous development are being re-shored. The number of expatriates living in China has declined to 164,000 in 2021 from 208,000 a decade ago.

The U.S. government’s move to caution major global semiconductor companies from producing high-level chips in China if they wish to access U.S. government grants already has significant effects. These can be witnessed, for example, in the stunting of China’s plans to develop its own supercomputers.

The message in all this? Striving for self-reliance may be appealing politically, but it has a negative impact on China’s ability to generate productivity-led growth.

For decades, a key source of China’s wealth has been its capacity to export to lucrative Western markets. The further availability of that export avenue is now being reassessed in many Western countries, as they are eager to shorten supply chain distances.

In addition, since the Ukraine invasion, China has chosen to stand with an increasingly isolated Russia. This will impose a further cost on China.

Russia, a country of 146 million people with a GDP of $1.8 trillion, can never make up for restricted access to western markets. Just consider that U.S. GDP alone reaches about $23 trillion. Russia’s only economic value to China is its cheap raw materials – grains, oil, gas and minerals.

Russia is not only a small market but one with low purchasing power. Market demand in that country is more for cheap consumer goods rather than the high-value goods China would need to sell to achieve its goal to pursue productivity-led growth.

The additional fact that China is attempting to forge an alliance counter-balancing the West with other like-minded states like Iran and Myanmar is a net negative for the country’s economic development.

On the financial front, Xi has asked Chinese banks to prepare for a massive U.S. dollar dump. China has supported Russia’s SPFS alternate global funds transfer system. It is buying oil from Russia in roubles.

The creation of an alternate political alliance is good for China geopolitically. But it has already triggered a negative reaction from the West and will inevitably lead to further economic containment.

Xi’s “grand strategy” – in which geopolitical logic trumps economic logic – is thus backfiring. Without strong access to Western markets, China cannot have productivity-led growth and Xi’s goals for 2049 are in jeopardy.

In decades past, China has risen economically not only due to the benign global environment, but also due to the generally high calibre of its policy makers.

Alas, the current set of policy makers have broken their teeth on a “catch-up economics” path of investment-led growth in sectors like real estate and the manufacture of low-cost goods.

The next chapter of productivity-led growth requires much more nimble party members who can spur innovation and productivity.

Xi is reforming the party to be run by upright officials who are technocratic and ideologically loyal. He sees a new generation of technocrats as the harbingers of a new economic model.

They will be the backbone of the party and the civil service. This is encapsulated in a collection of his speeches, “The Governance of China.”

However, his constant drift towards positioning himself as the unchallenged strongman is weakening the traditional policy making environment of intensely competing factions.

Xi Jinping’s thought is enshrined in the CCP’s party constitution and is aimed at “cultivating the builders and successors of socialism.” The extent to which this will set China in the right direction remains unclear.

Slogans – variations of which can be seen all over China – include this mouthful: “Spare no effort in composing a new chapter of comprehensively building a socialist modern Beijing under the guidance of Xi Jinping thought on socialism with Chinese characteristics for a new era.”

This is likely to create an environment favourable to sycophants. This will impact the robustness of policy making and increase the odds for policy missteps.

In the evolving scenario of prioritizing political goals over economic growth, the choices China has to make under Xi’s leadership are stark. State-led growth, self-reliance and an alignment with Russia seem to be where Xi’s preferences are.

However, they contradict the economic goal of productivity-led growth to achieve the “China Dream” by 2049.

The momentum for a major economic and political crisis is growing. China has many buffers to ride out any crisis and maintain its stability in the mid-term.

But as the late MIT economist Rüdiger Dornbusch famously said, “An economic crisis takes much longer time coming than you think, and then it happens much faster than you would have thought.”