The Biden administration is greatly irritated by the SPD’s submissive stance on Russia. 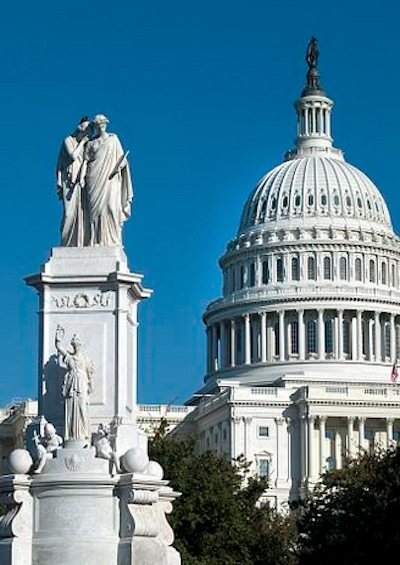 Q: How do you think Joe Biden views Olaf Scholz?

In principle, the two should get along well. Joe Biden has always been unpretentious. Both are dedicated politicians and both believe that politicians can — and should — help people solve problems.

However, unlike Olaf Scholz, Joe Biden is a long-time foreign policy expert. He is also a great expert on Europe. On top of that, he is an admirer of Germany. And that is precisely why he is so disappointed with the start of the new German government, on which he and Democrats in Washington had placed great hopes.

So far, Olaf Scholz strikes Joe Biden as a politician who has got his head firmly in the clouds. To Biden and most U.S. policymakers, it appears as if Scholz has a naïve understanding of Russia – one that is even characterized by romantic notions.

If there is one thing Biden does not like, it is an endless procrastinator. But that is exactly how Scholz comes across to him. He deliberately ignores crystal-clear aggressive, if not inhumane, statements and actions from Putin’s Russia.

For Biden, it hardly makes a difference whether this is done out of cowardice, ignorance or wishful thinking far removed from reality.

Q: What is at the core of the Americans’ worries about Germany?

A: The SPD is still obsessed with a return to a classic détente policy. But there can be no such thing. After all, the Putin government systematically criminalizes any domestic opposition and is acting in an ever more autocratic manner.

Putin and the kleptocratic oligarchs are only interested in pocketing Russia’s natural resources. Today’s practice resembles the highly feudalistic times of the tsarist empire.

In contrast, during the period of détente, the Soviet Union actively sought to improve the situation of the average Russian.

Yes. For all of Scholz’s shortcomings – especially his lack of experience, if not his disinterest in foreign policy – Germany remains the cornerstone of the U.S.’s European policy simply because of its economic weight and size.

From a country of Germany’s stature and their foremost ally in Europe, the Americans expect decisiveness.

Joe Biden might expect a hesitant, wavering attitude, say, from an Austrian chancellor, but not from the German one. Especially since the U.S. contribution to achieving German reunification was of such pivotal importance.

Q: So how significant is the meeting between Biden and Scholz?

We have arrived at a strange moment in German-American relations, to say the least. Biden will want to look Scholz in the eye – despite (and probably because) all the curious German stances on Ukraine, Russia, energy supplies and other nations’ right to self-determination.

The U.S. President wants to take a measure of the man who is now the German Chancellor. Biden is a politician who puts a lot of stock in personal impact and persuasion. Even against long odds, he will definitely attempt to capture the German chancellor with his charm.

Q: Will Biden succeed in his charm offensive toward Scholz? Or is he a prisoner of the SPD’s soft course toward Putin and Moscow?

Unfortunately, Scholz is too much a prisoner of the profound confusion that prevails in his own party, the SPD, vis-à-vis Russia.

The party has lost any moral core in the direction of Russia. It ultimately looks very indifferently at the completely unjustified criminalization of Alexei Nawalny, the closure of Memorial and the Tiergarten murder. It is hard to conclude anything else than that the SPD is acting in a submissive fashion toward Moscow.

Even now that former Chancellor Gerhard Schröder is to be appointed to the supervisory board of Gazprom, which is controlled by the Russian state, most of the SPD is conspicuously silent.

It almost seems as if “Don Gerhard” is somehow the godfather of the SPD leadership today. And indeed, important SPD careers are very closely linked to Schröder, including those of Steinmeier and Klingbeil. And both are very wobbly on the Russia issue.

Q: What about the North Stream 2 project?

It is important to remember that, in order to build a bridge for the incoming Scholz government, President Biden took on Congress and temporarily put the North Stream-related U.S. sanctions on hold.

Biden did so in the hope that the German side would use the time to revise its course on energy policy — and also in terms of foreign policy – and stop being a willing toy in Putin’s hands.

The fact that this maneuver, which was risky for Biden in terms of domestic policy, did not lead to any changes in the German position does not only irritate Joe Biden.

Many Americans are completely fed up with the German dilly-dallying. Of course, it was already there under Merkel, but has since her departure become even worse than before because of the SPD’s “Schröder connection.”

Q: In a nutshell, what is the core of the German-American dispute?

The Americans and most European nations believe in the right of nations to self-determination. For the SPD, that does not seem to apply.

Putin’s demands for a new European peace order effectively mean that the Russians would henceforth be the controlling power of the entire West. Only what the Russians approve of may happen.

And the SPD is playing right into Putin’s hands with its attitude. The SPD is not so much concerned with de-escalation as with its own submissiveness.

Q: That is a harsh accusation: What should be the concrete evidence of this?

I think the SPD would be hard put to agree, for example, to a decision by the Social Democratic-leaning governments in Finland and Sweden to apply to join NATO. That is an act which in the Russian view is aggressive in nature – even if it is triggered by the Russians’ own aggressive behavior.

Remember the famous words of Francis Fukuyama, who spoke of the “end of history” after 1990? I am firmly convinced that, from the SPD’s point of view, the end of history – not just German history – was reached with German reunification.

After that point in time, i.e., Germany’s own national reunification, the SPD apparently does not want to grant other nations a right to self-determination in their own affairs. Not even the Swedes and the Finns.

And that is exactly what outrages most U.S. policymakers – not just Joe Biden and his team. Probably along with almost all other Europeans, I can understand this American outrage about the spinelessness of Germany’s leading government party very well.

Editor’s note: This interview was conducted by t-online’s U.S. correspondent Bastian Brauns with Stephan-Götz Richter, Editor-in-Chief of The Globalist and Director of the Global Ideas Center, Berlin.

Our editor-in-chief and director of the think tank “Global Ideas Center” in Berlin was able to observe Joe Biden for the first time in the mid-1980s, when Stephan served as a staff member working for another U.S. senator and he first met the current U.S. Secretary of State Tony Blinken, who worked for Senator Biden for a long time, soon after. Julie Smith, now the U.S. ambassador to NATO, worked on Mr. Richter’s team during her graduate studies in Washington, D.C.