The threats to Israel’s existence as a democratic Jewish state have multiplied. They could weaken or undermine a pillar of Israeli national security – unquestioned U.S. support. 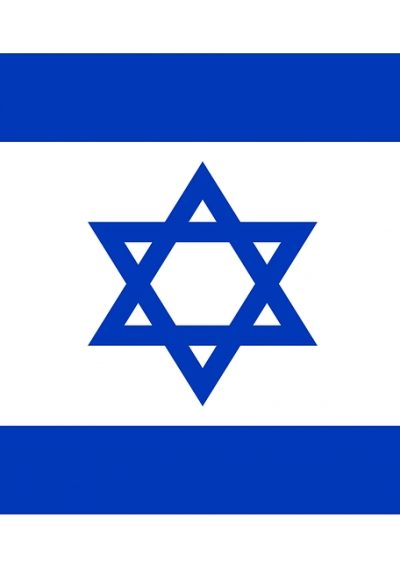 Indications are that there is a rising level of anti-Semitism among Christian nationals in the United States.

Since they are, together with Evangelicals, the mainstay of U.S. grassroots support for Israel, this development threatens to drive a wedge between the Christian communities and Israel.

After all, Christian nationalism’s tolerance of prominent elements within its ranks who express anti-Semitic sentiments are likely to make it difficult for Israel to align itself with them in the future.

Otherwise, the state of Israel undermines its moral claim as the protector of the Jews and the bulwark against anti-Jewish racism.

The threat of a fracture in relations is magnified by developments that point to Republicans and Evangelicals teaming up with alleged Islamists in the United States’ culture wars.

We could thus see a rapprochement between conservative Christians and conservative U.S. Muslims. These conservatives are finding common ground in what they see as a threat to family values.

Accordingly, conservative Christians may be shedding their anti-Muslim sentiment, while conservative Muslims abandon their past belief that their political interests were more aligned with U.S. liberals and the left.

This shift manifested itself recently during a protest by conservative Muslims and Christians in Dearborn, Michigan, an Arab American heartland, against the presence of books with sexually explicit content in public schools.

Muslim and Christian leaders hailed the protest as conservatives in both groups uniting against liberals and leftists in what amounted to abandoning what was long alleged to be a “Red-Green“ alliance between Islamists and the left, a reference to Democrats.

No longer a fringe movement among Republicans

Christian nationalism is no longer a fringe movement within the Republican Party. On the contrary, a recent poll suggested that a majority of Republicans believe that the United States should break with its constitutionally mandated secularism to declare itself a Christian nation.

This contrasts starkly with other results of the poll which show that more than 60% of Americans favor religious pluralism and oppose the United States identifying itself as a Christian nation.

The rising anti-Semitism and the teaming up of Muslim and Christian conservatives inside the United States could also put daylight between Israel and core segments of the U.S. Jewish community, especially those that are financially supportive of Israel.

For these groups, it would be hard to swallow if the Israeli government continuously gives onerous Christian nationalist attitudes a pass – or, even worse, supports that particular community despite its anti-Semitic facets.

This is all the more relevant right now, given that Mr. Netanyahu, Israel’s longest-serving Prime Minister and the most dominant and polarizing political figure of his generation, has won the recent elections and is very likely return to head the government.

He has been at least an implicit driver of this dangerous coalition-building in the past – either by joining the Christian nationalist and Republican fray or by looking the other way when anti-Semitism is in play.

The former Prime Minister had no compunction about acting hand in hand with the American right and campaigning with Hungary‘s Prime Minister Victor Orban.

One hallmark of Orban’s campaigns are anti-Semitic overtones against Hungarian-born American Jewish billionaire and philanthropist George Soros, a Holocaust survivor, because of his liberal or leftist leanings.

Undermining the global battle against anti-Semitism

Israel’s reluctance to firmly confront U.S. Christian nationalism for the anti-Semitic attitudes of some of its most prominent proponents casts a shadow over its global battle against the racist anti-Jewish attitude.

The latter is an important foreign policy priority, given that more hard-right parties – for example, in Sweden – are supporting their national government.

At the same time, the principal problem for Israel is that its identity as a Jewish state means it is not fundamentally opposed to a state defining itself in religious terms.

Israel may find it increasingly difficult to reconcile the Jewish state’s raison d’ètre as the protector of Jews and a safe haven with giving a pass to a Republican Party that tolerates anti-Semitic expression.

James M. Dorsey is a senior fellow at the S. Rajaratnam School of International Studies and an award-winning journalist. [Singapore]

Responses to “When Christian Nationalists and Conservative Muslims Unite”