Do the United States and the EU have a special responsibility to advance global trade? 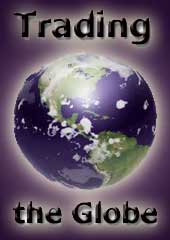 Is the world's trading system getting too fragmented?

The headlong rush towards regionalism has gained new momentum in recent years.

The European Union, whose long-standing commitment to regional agreements has arguably triggered this rush, is moving on with its ambitious program of announced regional deals, including with Russia.

The EU has also struck deals with Mexico and South Africa. In January 2003, Chile ratified an agreement with the EU, which is also pursuing agreements with the four Mercosur countries. It is also pressing 71 poor African, Caribbean and Pacific (ACP) countries, mostly ex-colonies, to sign up to new regional arrangements.

In fact, there are only six countries — Australia, Canada, Japan, New Zealand, Taiwan and the United States — with which the EU trades on a "normal" (most-favored-nation) basis.

In Asia, Japan's rallying to the regional cause has sparked wider moves towards Asian regionalism. In the aftermath of the failure to launch a new round of WTO talks in Seattle in late 1999, Japan announced that it too was going regional — and it has since concluded a bilateral deal with Singapore.

The third — and very significant — development is that the United States has embraced the regional route with gusto.

Spelling out America's new trade strategy, Robert Zoellick, the U.S. Trade Representative, explained that its three-pronged strategy of moving on a global, regional and bilateral basis has the purpose of "creating a competition in liberalization, placing America at the heart of a network of initiatives to open markets."

The principle idea behind this strategy of "competitive liberalization" is that U.S. bilateral and regional agreements are not only valuable contributions to freeing trade in themselves. Rather, they also put pressure on other countries to push forward with freeing trade multilaterally at the WTO.

Let me be clear: Regional trade agreements are certainly not forbidden by the WTO — and they can sometimes be very positive.

NAFTA has locked in Mexico's economic and political reforms. From a U.S. perspective, it has helped stabilize a volatile neighbor with whom the United States shares a 2,000-mile border.

Likewise, the EU's moves have cemented peace in Europe. The agreed-upon EU membership for countries in Central and Eastern Europe has entrenched peace and stability on that continent.

And yet, the central problem with all these moves is that preferential agreements are — or should be — exceptions to the multilateral trading system. Otherwise, its main principle — the most favored nation clause — is hollowed out even more.
The very real risk now is that they are becoming the preferred road to liberalization.

In reality, many of the arguments in favor of regionalism are far less convincing than they seem. It is hard to see how achieving free trade is any easier in a vast regional arrangement like the FTAA than in the WTO.

The FTAA would cover all but one of the 35 countries in the Americas, which differ greatly in size, outlook and level of development.

It is scarcely credible that agriculture liberalization would be any easier to achieve across the Atlantic than at the WTO level. And it is not obvious how trade disputes between, say, China and the United States could be more easily managed in APEC than in the WTO.

Where regional agreements involve the same countries with the same interests and the same sensitivities — regardless of the context — it is arguable that overlapping rules and jurisdictions make international trade relations even harder to manage, not easier.

Competitive liberalization thus could be counter-productive. The race for regional advantage between the United States, the EU and others might become a substitute for — rather than a complement to — multilateral liberalization at the WTO.

Negotiating bilateral and regional agreements can divert attention and effort from the Doha round. This in turn can create a vicious circle, whereby a lack of progress at the WTO spurs a greater emphasis on bilateralism and regionalism — which in turn further hampers efforts in Geneva.

A strategy of "competitive liberalization" might thus in fact lead to a fragmentation of the world trade system rather than freer global trade. As a matter of fact, the risk is that we are moving toward "competitive regionalism."

The nightmare scenario could be a world split into defensive — even hostile — regional blocs. There is a political dimension in the move toward regional blocs that must be carefully considered.

In any case, regional and bilateral deals are a poor second-best to global free trade. By definition, preferences granted to some are handicaps imposed on others. Countries that are excluded from such agreements suffer.

Yet, the deals create their own logic, where those who are discriminated against, seek their own preferential deal.

The tangled web of preferential agreements that countries are weaving — each with their own differing tariff rates, rules-of-origin requirements and industrial and health regulations — threatens to tie the world economy up in red tape.

It would also distort the pattern of trade and create huge new administrative burdens for exporters — not to mention opportunities for corruption.

Although WTO rules do allow regional agreements, they are supposed to meet certain conditions. They must cover "substantially all trade", eliminate internal trade barriers — and "not on the whole" raise protection against excluded countries. In other words, regional integration should complement the multilateral trading system, not threaten it.

Unfortunately, although few regional deals meet these criteria, the WTO is doing nothing about it. Since it was set up in 1995, the WTO's Regional Trade Agreements Committee has failed — because of lack of consensus — to complete any of its assessments of whether individual trade agreements conform with WTO provisions.

The responsibility for saving the multilateral system does not lie solely with the United States. In trade terms, America is not the only superpower. Europe too has a vital role to play.

All too often, the EU has been a reluctant liberalizer. Now Europe has to prove its commitment to multilateralism, the WTO and the Doha round — and it has to negotiate meaningfully on agriculture.

It is the sine qua non of a successful Doha round, although not the only one. Without progress in other vital areas — such as services and manufacturing tariffs — concluding a WTO agreement will be impossible.

My personal experience in negotiating trade agreements at the WTO has proven, time and again, one simple axiom: If Europe and the United States are divided, all the other members of the WTO are divided.

Conversely, if the United States and Europe are united, they facilitate the consensus on a global basis. This is not an automatic consequence, but a precondition to a successful negotiation.

This article is adapted from a speech given at the Institute for International Economics in Washington on May 7, 2003.

Responses to “Regionalism Vs. Globalism?”