Last week’s election result is a major milestone in the racial politics of Malaysia. They point to a mature democracy based on the rule of law. 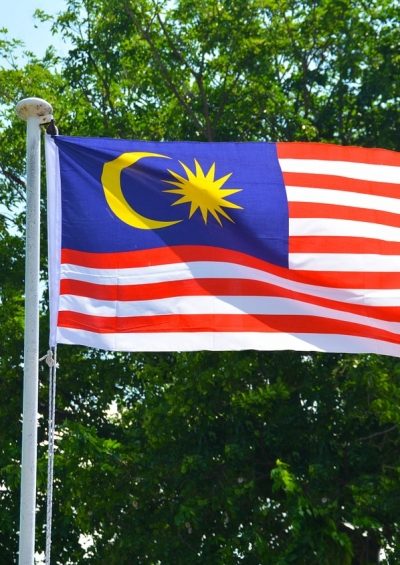 The ruling UMNO party was founded in 1946 to keep Malaysia as a Malay dominated country with constitutional recognition of special privileges for the native Malay “bumiputras.” It ruled the country continuously for 59 years until it was routed in the elections held last week.

A message on social media summed it up so aptly:

For many years, such a defeat was unthinkable, as it was considered a given that Malays would only vote for UMNO not to jeopardize Malay supremacy in the country.

Last week’s election result thus is a major milestone in the racial politics of Malaysia. Malays voted based on non-racial criteria for the first time.

The significance of this victory is further underlined by the fact that there were no riots, racial incidents or any major disturbances throughout the country of 31 million.

For a country that has only seen one party in power from its inception and which holds the record of having the longest continuously ruling government, this is a truly remarkable achievement.

In a world that is moving towards more autocratic regimes and ideologies, this is a shining example – especially considering that Malaysia has a multi-racial, multi-religious makeup of Malays, Chinese, Indians, indigenous people, Muslims, Christians, Buddhists and Hindus.

Since the financial crisis 20 years ago, a number of new opposition groups have developed – Reformasi, Hindraf and Bersih. Also there was a growing number of unaddressed issues amongst the electorate:

• Chinese who were concerned about economic mismanagement

• Indians who were concerned about being marginalized

• Rural Malays who were concerned about the cost of living.

Mahathir understood the need of each group and stitched them together masterfully into a loose coalition. With his stature, Mahathir became the lightning rod for high profile defections to the opposition from UMNO. He became the unifying force for the opposition.

Combining his energetic campaigning and his stature as the man who had developed Malaysia economically, he had the star power needed to swing marginal Malay voters, especially the UMNO loyalist rural voters.

An enigma wrapped in a mystery

Mahathir combines seemingly incompatible attributes. He is the epitome of a politician willing to do anything to get into power, but he is also a selfless patriot willing to compromise on anything to set his country on the right track.

Malaysia: A beacon of democracy and civic society?

The 2018 elections show that Malaysia is a mature democracy that relies on the primacy of rule of law. Despite its institutionalized racial and religious inequalities, it has proven that it can function as a peaceful plural society.

It also provides a shining example of how a vigorous democracy can co-exist with Islam.

This course of events in Malaysia will have significance for the future.

The first key issue is the way in which Mahathir tries to bring about justice, particularly with 1MDB. The precedent he sets will determine the future course of Malaysian politics. The hope is that it will move towards accountability and corporate governance – and resist vindictiveness and political expedience.

Second, how long will this coalition, built only on political expediency, hold? Will it deliver on the expectations of the electorate? If the coalition is ineffective or splits before the next elections, then Malaysia may swing in the direction of India.

There, one dominant party, the Congress, gave way to successive coalition governments, built on a plurality of parties and regional/ethnic differences.

Another outcome could be that those who defected from UMNO to build the opposition will defect back to a reformed UMNO and thus bring about renewed UMNO dominance.

But if the coalition holds, it will signal a significant shift in the electorate from one aligned primarily to racial criteria to an electorate that is more concerned about non-racial economic and national issues. This will be truly a new dawn for the concept of a Malaysian Malaysia over a Malay Malaysia.

Third, this pushback from the electorate will have ripple effects on its neighbours. It is a signal that will empower passive voters and will embolden reformists and opposition parties.

At the same time, it will also signal to those in power that the electorate should not be taken for granted and there is a limit to the extent of poor corporate governance it will take.