What are the different spheres of globalism — and how are they affected by globalization? 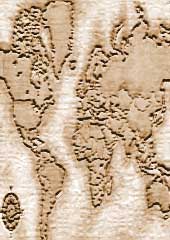 What's the speed of our globalizing world?

Globalism versus globalization? Many people would think the two terms refer to the same phenomenon. However, there are important differences between the two.

Globalism, at its core, seeks to describe and explain nothing more than a world which is characterized by networks of connections that span multi-continental distances.

It attempts to understand all the inter-connections of the modern world — and to highlight patterns that underlie (and explain) them.

In contrast, globalization refers to the increase or decline in the degree of globalism. It focuses on the forces, the dynamism or speed of these changes.

In short, consider globalism as the underlying basic network, while globalization refers to the dynamic shrinking of distance on a large scale.

Globalism is a phenomenon with ancient roots. Thus, the issue is not how old globalism is, but rather how “thin” or “thick” it is at any given time.

As an example of “thin globalism,” the Silk Road provided an economic and cultural link between ancient Europe and Asia. Getting from thin to thick globalism is globalization — and how fast we get there is the rate of globalization.

In contrast, the operations of global financial markets today, for instance, affect people from Peoria to Penang. Thus, “globalization” is the process by which globalism becomes increasingly thick/intense.

At the same time, it is important to note that globalism does not imply universality. After all, the connections that make up the networks to define globalism may be more strongly felt in some parts of the world than in others.

For example, at the turn of the 21st century, a quarter of the U.S. population used the World Wide Web. At the same time, however, only one-hundredth of one percent of the population of South Asia had access to this information network.

Since globalism does not imply universality and given that globalization refers to dynamic changes, it is not surprising that globalization implies neither equity — nor homogenization. In fact, it is equally likely to amplify differences — or at least make people more aware of them.

Both globalism and globalization are all too often defined in strictly economic terms, as if the world economy as such defined globalism. But other forms are equally important. There are four distinct dimensions of globalism: economic, military, environmental — and social.

Economic globalism involves long-distance flows of goods, services and capital and the information and perceptions that accompany market exchange.

These flows, in turn, organize other processes linked to them. One example of economic globalization is low-wage production in Asia for the United States and European markets. Economic flows, markets and organization — as in multinational firms — all go together.

Environmental globalism refers to the long-distance transport of materials in the atmosphere or oceans or of biological substances such as pathogens or genetic materials that affect human health and well-being.

In contrast, examples of environmental globalization include the accelerating depletion of the stratospheric ozone layer as a result of ozone-depleting chemicals — or the spread of the AIDS virus from central Africa around the world beginning at the end of the 1970s.

Military globalism refers to long-distance networks in which force, and the threat or promise of force, are deployed. A well-known example of military globalism is the “balance of terror” between the United States and the Soviet Union during the Cold War — a strategic interdependence that was both acute and well-recognized.

What made this interdependence distinctive was not that it was totally new — but that the scale and speed of the potential conflict arising from interdependence were so enormous.

Military globalization manifested itself in recent times in the tragic events of September 11. Here, geographical distances were shrunk as the lawless mountains of Afghanistan provided the launching pad for attacks on New York and Washington — some 4,000 miles away.

The fourth dimension is social and cultural globalism. It involves movements of ideas, information, images and of people, who of course carry ideas and information with them.

Examples include the movement of religions — or the diffusion of scientific knowledge. In the past, social globalism has often followed military and economic globalism.

However, in the current era, social and cultural globalization is driven by the Internet, which reduces costs and globalizes communications, making the flow of ideas increasingly independent of other forms of globalization.

The division of globalism into separate dimensions, as presented above, is inevitably somewhat arbitrary. Nonetheless, it is useful for analysis, because changes in the various dimensions of globalism do not necessarily go together. For example, economic globalism rose between 1850 and 1914 — and fell between 1914 and 1945.

However, at the same time as economic globalism was declining during the two World Wars, military globalism rose to new heights — as did many aspects of social globalism.

Take, for example, the worldwide influenza epidemic of 1918-19, which took 21 million lives. It was propagated by the flows of soldiers around the world.

Does this suggest that globalism declined or rose between 1914 and 1945? It depends on the dimension, or sphere, of globalism one is referring to.

Without a specifying adjective, general statements about globalism are often meaningless — or misleading. The same applies when talking about globalization or globalism today.

Based on the historic evidence, we should expect that globalism will be accompanied by continuing uncertainty.

There will be a continual competition between increased complexity and uncertainty on the one hand — and efforts by governments, market participants and others to comprehend and manage these systems on the other.

In conclusion, we should not expect — or fear — that globalism will lead to homogenization. Instead, it will expose us more frequently and in more variations to the differences that surround us.

Responses to “Globalism Versus Globalization”