Germany: Solidarity with Europe or With Russia?

Germany’s Nazi-era history demands that Olaf Scholz and his government support the widening call to end tourism visas for Russians to vacation in EU countries. 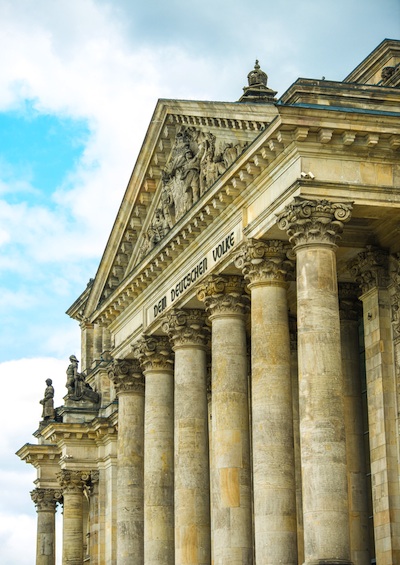 Inside the European Union, a long-overdue move is beginning to take shape – banning Russians from visiting Europe as tourists. After all, this is a time when their country is hoisting war not just on Ukraine, but effectively also on the EU itself.

The rationale is straightforward: A country engaged in a widespread effort to attack a neighboring country without provocation and whose economic and military elites engage in acts such as weaponizing energy and claiming to use nuclear power plants as instruments of war must pay a serious price.

The tourism move was initiated by the Estonian Prime Minister Kaja Kallas and is now also embraced by a number of other Central European governments – including that of the Czech Republic. That is significant because the country holds the EU Presidency for the second half of 2022.

If anything, it is incomprehensible why such a measure has not been implemented yet.

Predictably enough, the German Chancellor, Olaf Scholz, stands opposed. He is concerned that “innocent” Russians will be affected.

German opponents of the move also argue that it is important to continue allowing Russians to travel to Europe so that they can see with their own eyes from European news sources what is really going on in Ukraine.

Both arguments don´t stack up. First, it is estimated that only 10% or 15% of Russians, mostly from Moscow and St. Petersburg, ever travel into the Schengen area. These people tend to be well off, have made their peace with Putin and surely know what is going on in Ukraine. Many of them also proudly support Putin’s actions.

It also begs disbelief that most of the other 85% or so of Russians don’t know what is going on. They may be egged on by their decrepit leadership’s fantasies about a “special military operation,” but it is very hard not to know that their country is engaged in a war.

Unlike in Nazi Germany, where short-wave radios were confiscated and listening to the BBC was a criminal offense, much of the Internet is still available in Russia. Even those sites that are blocked by the government can still be accessed via VPN (a “Virtual Private Network” which establishes a protected network connection when using public networks).

It is worth remembering that, throughout Russian history, the country has long excelled in one, rather pitiful regard: Its leaders invent alternate realities and the population-at-large is conditioned to consent to officially believe these machinations.

Russians have thus long made it a practice, by virtue of existential necessity, to live in a world of doublethink.

Being the in the West offers no cure

Stunningly, even quite a few Russians who have long lived abroad – in the Baltic countries or, in fact, in Germany – still adhere there to the same Soviet doublethink.

They see with their own eyes how free, prosperous and peaceful the EU is compared to Russia. At the same time, they manage to believe the Russian propaganda that Europe wants to attack and conquer Russia.

To please Mr. Putin, the German side claims that a tourism ban for Russians would have a negative impact on Russia’s civil society.

This assumption, already deployed earlier as an argument when the discussion was about financial sanctions, is almost completely without substance.

The fact of the matter is that most of the – in absolute numbers – few Russians that represent a vibrant and courageous civil society are either dead (killed by Putin’s hatchet men), in jail, on their way to jail, already abroad or on their way there.

Under such circumstances, standing in opposition to the travel ban, as German Chancellor Olaf Scholz proposes, is nothing short of aiding and abetting Mr. Putin in his schemes to swallow Ukraine.

In reality, allowing Russian tourists to travel to the West only helps the Russian dictator. Actually, Putin likes it when educated Russians leave — that’s a convenient pressure valve for him.

Has Germany learned nothing from the Nazi era?

What makes the German opposition on the tourism ban so untenable is German history. If there is any nation in Europe that ought to know its obligations at this juncture, given its Nazi history, it is obviously Germany.

From their 20th century history, Germans know all about the – nowadays primarily – Russian art of absurdly pretending that evil is not being perpetrated in their name.

In the Hitler years, many Germans were a heady mix at least of “fellow travelers” of their nation’s criminal regime, if not active supporters. The same is the case with most Russians today.

The price for the Russian attack on Ukraine

With that history in mind, it is incomprehensible how anyone can still seriously suggest that this is “Mr. Putin‘s war,” as Olaf Scholz, the German Chancellor keeps on claiming. If any nation should be able – no, should be obliged – to see the self-deceit in that suggestion, it is the Germans.

That is why the Scholz government would be well advised to join the effort to end tourism visas for Russian travel. Otherwise, it makes itself into a fellow traveler of Mr. Putin.

Editor’s Note: This article was also published in Germany’s t-Online and Poland’s Rseszpospolita.

Alexei Bayer is a Senior Editor at The Globalist, based in New York. [United States]

Responses to “Germany: Solidarity with Europe or With Russia?”