Future of Globalization Previous Next

Downhill from Peak Globalization: When Will It End?

The world has encountered a series of shocks over the past 15 years. This should lead to more realistic expectations about the timetable for further globalization moves. 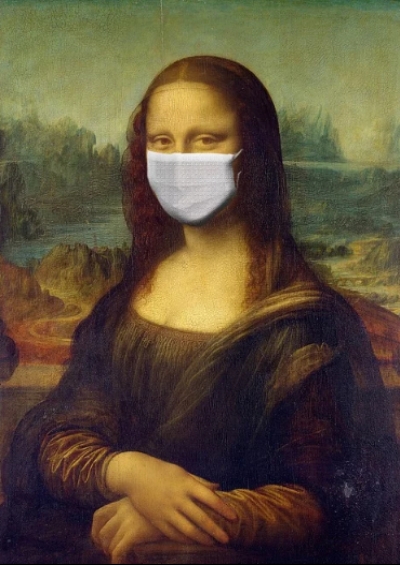 For the sake of argument, let’s say that peak globalization was reached in the late 1990s.

It was marked by the creation of the World Trade Organization, the emergence of Eastern European countries from the ashes of the Soviet bloc, the rise of China and the effective and globally coordinated responses to the Mexican peso crisis and the Asian financial crisis.

The United States was riding high as the apostle of globalization. Its economy, its movies, its universities were the envy of the world.

Not so many people envy the United States today and, to be sure, globalization has lost its luster. It may not be too early to declare “The End of Globalization.”

After all, almost every country in the world is erecting walls against outsiders. This trend has clearly been accelerating since the breakout of the COVID 19 pandemic.

First blow to globalization: 9/11 and its aftermath

The first body blow to globalization was the al-Qaeda terrorist attacks on New York City and Washington DC on September 11, 2001. The immediate reaction was a global effort to find and eliminate al-Qaeda.

Tragically, the U.S. government’s subsequent decision to invade Iraq and the attempt to export democracy to that country, as well as to other countries in the Middle East was not just overly optimistic. It was misguided.

That’s how what was billed as a nation-building and democratization campaign morphed into the “endless war.” At home, this war has long lost the support of most American citizens. Abroad it made the United States look like a paper tiger in the eyes of many in the rest of the world.

That’s also when the main champion of globalization started losing its credibility.

The next body blow was the “global” (mostly Western) financial crisis in 2007-08. It erupted in the United States just as clearly as the COVID 19 pandemic erupted in China.

The contagion from the U.S.-made financial crisis spread almost as quickly as the virus made in China.

The fallout from the financial crisis went well beyond forcing governments everywhere to reconsider their financial links to the United States and building defenses against another crisis of this kind.

The arrival of the Obama Administration brought an eight-year pause to the downward shift in the globalization trend. But its actions met with mixed success.

One miscalculation was its campaign to establish the Trans-Pacific Partnership (TPP) as a state-of-the-art multilateral trade agreement. In the domestic arena of U.S. politics, the TPP proposal triggered hostile and widespread opposition.

While often driven by ignorance and certainly hijacked by populists, it revealed a political divide in the United States that has since become corrosive.

U.S.: From ardent promoter to doubter of globalization

As a result, doubts about the U.S. vision of the global order grew both domestically and internationally.

These doubts became firmly established, when Donald Trump was elected President and promptly withdrew from TPP, three days after he had taken office in January 2017.

While Barack Obama was President, the biggest blow to globalization occurred in Europe via the public’s reaction in late 2015 and thereafter to the flood of refugees fleeing conflicts in the Middle East.

While Germany welcomed over one million people in 2015 and received the refugees initially with very open arms, if not outright enthusiasm, other European democracies acted more soberly and decided to start closing their borders.

Within three years anti-immigrant sentiment was rampant in Western Europe, notably including Germany. A year later, the Brexit referendum in the UK launched its departure from the European Union.

This brings us to the election of President Donald Trump in November 2016 on an openly anti-globalization platform.

The list of anti-globalization measures adopted by the U.S. government in the four years since then is long and well known. Withdrawal from the World Health Organization is just the latest such step.

And now we have the COVID 19 virus. A global pandemic surely deserves a global response. However, the relevant international organizations have been neutered, starting with the United Nations. Thus it’s every country for itself.

Robert Frost wrote a poem in 1914 with the title “Mending Walls.” It includes the lines:

“Before I built a wall I’d ask to know/What I was walling in or walling out.”

It’s a question worth asking today, but the answer seems obvious. Countries are walling themselves in, essentially by clinging to a narcissistic response — nationalism.

In other words: They are walling out “the other.”

The deglobalization trend and living in a crowded world

Concern about living in a crowded world seems to be one of the forces driving the deglobalization trend.

There were 2.2 billion people in the world at the end of World War II in 1945. Now, there are 7.7 billion, with the United Nations projecting a population of 9.7 billion in 2050. It’s not that our earth is incapable of accommodating 9 or 10 billion human beings. It’s a matter of how they are distributed and how they live.

The limits of the earth

In 1945, there were still unexplored, even unnamed, territories in the world. That’s no longer the case.

What’s more, you can count on one hand the number of countries seeking to grow their population through immigration — think of Australia and Canada–for well-qualified people

Another driver of deglobalization is inequality. Paradoxically, there are now grave worries at both ends of the income scale.

It leads to no more comfort when one realizes that these fears operate both within countries and across countries. Not surprisingly, the mood persuades political leaders to build higher and stronger walls.

The COVID 19 pandemic will hopefully finish its devastation in a year or two. In the aftermath, however, both authoritarian and democratic governments are likely to maintain serious restrictions on the movement of people and goods.

There is an ethical argument for open borders. However, there is nothing in the history of human civilization that would lead one to realistically expect the arrival of such an optimistic global order for the rest of the 21st century.

For the next 80 years or so, the core challenge for people everywhere will be to build healthy societies within their own “walls.” Only when enough countries have succeeded in that mission is it realistic to expect that the fear of “the other” will dissipate and that walls will begin to crumble in any meaningful fashion.

Lex Rieffel is a Nonresident Fellow with the East Asia Program at the Stimson Center.

Responses to “Downhill from Peak Globalization: When Will It End?”