Strategic reflections from the North Korean, U.S. and Singaporean perspectives on the location of the Trump-Kim summit meeting. 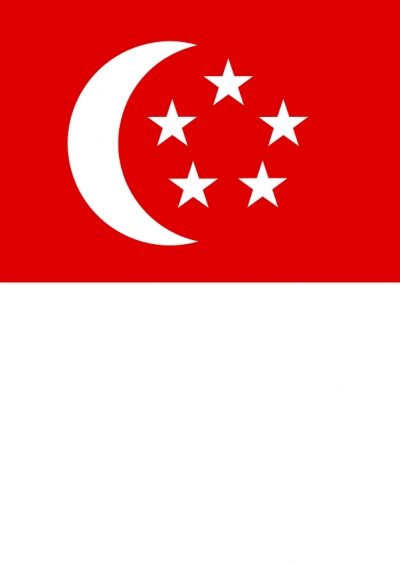 The obvious reasons for selecting Singapore as a venue for the Trump-Kim summit meeting are threefold — security, facilities to organize a world-class event and proximity to North Korea.

However, these are not sufficient reasons to get North Korea to agree to Singapore as a venue. Political symbolism matters greatly to North Korea. And this is where the lesser known fact that Singapore has been one of North Korea’s closest diplomatic partners for 50 years comes into play.

North Korea has few friends, having been totally isolated since the collapse of the USSR in 1989. Singapore is the only country with whom it has had a long history of diplomatic relations as an equal and without being leveraged.

Singapore is also a country with which the United States has had very solid relations for many decades.

1) International validation: North Korea was among the first few countries to recognize Singapore’s independence when Singapore was evicted from Malaysia in 1965. This quick recognition gave Singapore precious international legitimacy at a time when it did not have it and when its future was precarious.

2) Legitimacy with communists: The main threat to Singapore’s existence back then was a Maoist communist insurgency backed by China. Remember that the Chinese considered Singapore as an “Anglo-American stooge.” North Korean communist validation was crucial in the propaganda war.

3) Trade relations were first set up in 1967, followed by consular relations 1969 (i.e., before South Korea). An embassy was opened in 1975. Until today, North Korea has very few embassies outside the communist countries. The presence of the embassy in the summit’s host country is crucial for Kim to feel that his interests will be taken care of by the summit organizers.

5) High level connections: Kim Jong Nam, Kim Jung Un’s assassinated half-brother, and his family members used Singapore as a base when he fled Macau upon Kim Jong Un’s ascension to power. High level defectors have said that Singapore is known as the “Switzerland of Asia” and many high level authorities visit Singapore to buy luxury goods and receive medical treatment.

6) Visa free travel: Up until 2016, travel to North Korea was visa-free, including for the writer of this article. Outside the communist bloc, Singapore must be the only or among a few countries who have this arrangement.

7) Entrepreneurship training. Choson Exchange, a Singaporean NGO, has provided training to hundreds of North Koreans via exchange programs to support the growth of the private sector in North Korea.

8) Trade: Though trade is largely composed of alcohol and consumer food items, there have been instances that Singapore has been used as a base to circumvent UN sanctions. In 2016, a Singaporean company Chinpo Shipping Company was fined $125,700 for the violation of United Nations-led sanctions by smuggling disassembled radar systems, missiles, MiG fighter jets and engines from Cuba to North Korea.

Currently, trade ties have been suspended in respect of the UN sanctions imposed in 2017 after the series of nuclear tests by North Korea.

As laid out above, bilateral relations are very deep and Singapore has been a reliable non-controversial and non-aligned friend. Note as well that when Lee Kuan Yew passed away, the Premier of the North Korean cabinet described him as an “intimate friend of North Korea.”

Singapore has had an excellent relationship with the United States since independence. Its role as interlocutor between east and west has always been appreciated by many U.S. administrations. This applies to a wide range of issues, from the Vietnam War and the Khmer Rouge to the rise of China and Muslim terrorism. It is also seen as relatively more pro-West and pro-U.S. Some key aspects of the relationship are:

Only about 100 sailors (officer and enlisted) and 50 Navy civilians work in seven activities on the island of Singapore. However, these commands provide important support for the 7th Fleet, but does not constitute a ‘base” in the traditional sense.

3) U.S. MNCs: There are about 3,700 U.S. MNCs in Singapore. Many are Asian regional headquarters and include companies like Google, Facebook, Microsoft, Citibank and IBM.

In Search of Sentosa

As such, Singapore is not only a natural choice, but probably the only possible choice where both Kim and Trump would feel that they are on neutral ground and are dealing with intermediaries who will not short change their respective interests.

The venue for the talks is the Capella Hotel, a converted British army officer barracks built in the 1880s, on the resort island of Sentosa.

Sentosa is also the southernmost point on the continent of Asia and the most advanced naval fortification in the British empire. Churchill referred to it as the “Impregnable Fortress” in 1941. “Sentosa” is the Sanskrit/Tamil/Malay word meaning happiness and peace.

Let us hope Trump and Kim have a secure and undisturbed meeting on this “impregnable fortress” when they arrive at Sentosa to improve understanding in the world.

Responses to “Why Singapore?”