Democracy In America Is On The Line

Donald Trump’s prime strategy is to undermine the U.S. system of justice – and make lots of money for himself in the process. 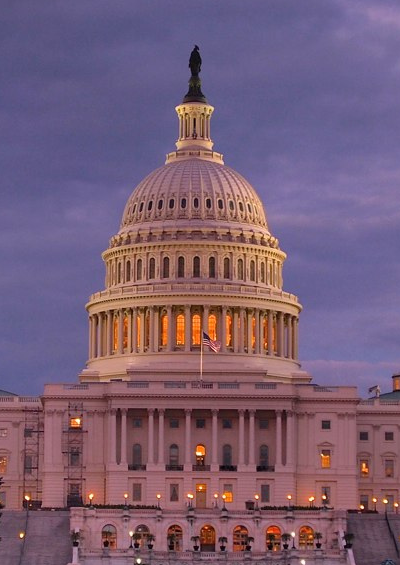 His legal fights are getting serious, with unpredictable and dangerous political risks. While Trump has hired an army of lawyers, his prime strategy is to defame and undermine the U.S. system of justice – and to make lots of money for himself in the process.

Corruption is the abuse of public office for private benefit. Three different arms of U.S. justice (in the states of New York and Georgia, and at the federal level) are now moving ahead to prove in court that Trump is corrupt.

Trump could be charged with a host of alleged crimes. They include from tax fraud and seeking to undermine elections, obstruction of justice, possibly serious violations of the Espionage Act, and possibly even conspiring with others to organize a riot in the U.S. Capitol building on January 6, 2021.

If found guilty, Trump could be fined, sent to jail and barred for life from running for political office.

At stake is U.S. democracy itself. A fundamental difference between an authoritarian and a democratic system is that in the latter no individual is above the law and the institutions of justice strive to be seen to be fair and honest.

Trump’s chief line of defense is to treat the nation’s top law officers with contempt, and to denounce the FBI and the Justice Department as no more than President Biden’s political hacks.

His goal is to build enormous public resentment toward those in public office who seek to prosecute him.

His message is simple: He has committed no crimes and the actions brought against him are all politically motivated by the Democratic Party.

Like a Mafia boss, Trump has refused to answer questions in a New York deposition related to possible tax fraud crimes. Like a Mafia boss he wields formidable power and nobody dares to challenge him on his turf.

Would-be rivals to Trump to become the Republican Party’s presidential nominee in the 2024 elections, from former Vice President Mike Pence to Florida’s Governor
Ron DeSantis, are publicly singing his praises as, following his lead, they also vilify the FBI.

Fox News, which for a time looked as if it was backing away from Trump, has jumped into action to blast his vitriol across the country.

Every Trump follower – and there are tens of millions of them – is being asked to take to social media and join his chorus of slanderous slogans against the U.S. Justice Department and Attorney General Merrick Garland.

This is dangerous. Violence, as was seen on January 6, 2021, could so easily explode as the mid-term Congressional elections approach this November and Trump ramps up his anti-justice campaign.

Within hours of Trump losing the presidential election in November 2020, his political team was using social media to distribute millions of requests for donations from supporters to back Trump’s legal fights to demonstrate the election was stolen by Biden.

He raised more than $200 million – and only he and his staff have any idea how this cash has been used.

Most recently, no sooner had Trump announced that his Florida home had been searched by the FBI, than his team were again sending out the calls for donations.

He may make more millions as a result. His attacks on the U.S. political and judicial system are extremely profitable for him personally.

With Trump there is always a money angle. Nobody in the Republican Party is challenging his fund-raising – or the outrageous claims that he makes in his quest for ever more donations. His dominance of the Party is absolute.

There are millions of Americans who know what Trump is up to, who get their information from the New York Times and The Washington Post, who watch the hearings of Congress’s January 6 committee, and strive to be well-informed.

They cannot understand how Trump can repeatedly get away with his lies. They are simply out of touch with vast numbers of Americans who seek to hear only the voices of Trump and his active supporters.

The Trump followers may be a minority of the United Sates’ electorate, but they are a very dangerous minority. Many of them are following the words of FOX’s most popular nightly commentator, Tucker Carlson, who on many evenings sings the praises of Hungary’s Viktor Orban.

Trump’s most ardent advocates have no interest in the U.S. Constitution and in democracy itself. All they want is Trump in power.

So the more real the threat to Trump of serious court prosecutions, so the more likely he is to ramp-up the rhetoric and the calls for cash and stand aside, as he did on January 6, 2021, and watch violence unfold.

Responses to “Democracy In America Is On The Line”