Beyond airlines and cruise ships, what is the business outlook for Airbnb, co-living, bars and cafes, discos and cinemas, open-air markets? 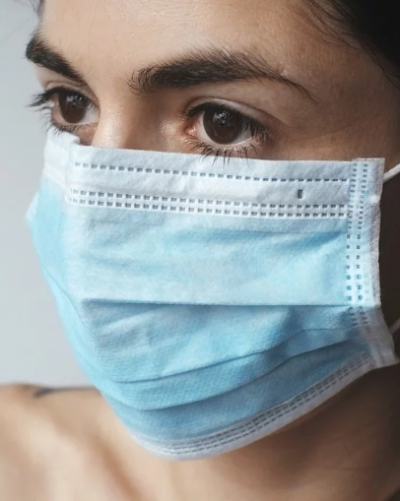 The impact of COVID 19 is far-reaching and profound. The virus is unseen and moving fast. It can infect without symptoms. Its use of innocent carriers makes everyone suspect.

It also attacks in a random fashion, with just enough victims to easily lead the rest to the edge of panic. And while COVID 19 appears to kill 20 to 30 times more people than the worst form of flu, it seems to still be like a common cold, in that it may not be strong enough for the body to develop a lasting immune system response.

In spite of the earlier hype, artificial intelligence (AI) has singularly failed to help much.

There was little in the way of predictive analytics about where the pandemic would strike and how it would develop.

The jury is also out on another much-touted darling, biotechnology. Biotech has yet to offer anything like a silver bullet.

Meanwhile, the entire world waits with baited breath for a designer drug or vaccine spliced and stitched up with genetic engineering tools like CRISPR, to vanquish COVID 19.

At the present stage, we can’t even answer very simple questions: What comes when this current peak wanes?

All we seem to know is that there will be a “new normal.” For the foreseeable future, it may not be like anything before.

There is even a good chance some of the same questions we now face may still be around during the next peak of infections, and the one after.

Amidst all this hand-wringing and unleashing of previously unseen economic rescue packages, only the Anglo-Saxons and the Calvinist Dutch have asked the Mother of all Questions:

Who is prepared to pay the price for an abnormal, new normal ? And what exactly will this look like?

Tourism will face brunt of pandemic

The first victim of COVID 19 is likely to be tourism. Which matters because it is one of the world’s biggest economic sectors.

The era of retirement voyages on cruise ships is probably sunk for good. But what about airlines, the lifeblood of the 21st century’s globalized economy?

Flying in airplanes? Forget about it

After all, this is an industry where passengers are even far more densely packed than on cruise ships, sitting squeezed together for hours on end in an air-tight tube.

Worse, owing to the industry’s mantra of operating a hub-and-spokes system at airports, a single asymptomatic carrier may be enough to kindle a burgeoning cycle of infections in many different countries.

That evidently is what happened at resorts in Austria and Italy during that fateful ski holiday week at the end of February.

Moving up and down the economic value chain produces only more of the same uncomfortable questions.

Here are some of the pertinent questions to be asked:

1. What is the business outlook for AirBnB, co-living, bars and cafes, discos and cinemas, open-air markets?

2. Will remote learning be the death knell for brick-and-mortar university campuses?

3. How virus-proofed are food and fruit supply chains from Spain to northern Europe, from Mexico to the United States?

4. Do the lorries backed up at borders within the Schengen area conceal refugees?

5. At a time when emergency services are stretched, what is the chance of a terror attack, and how effective would be a response?

6. And although it is clear that a lockdown reduces most targets for a mass casualty attack, there is one notable exception – the public hospital.

Challenges of a vaccine

Most of the world remains hopeful about vaccination against COVID 19. However, a successful vaccine is unlikely to be ready before the end of this year.

After this, there will be the challenge of ramping up production and organizing the immunization of billions of people.

In the meanwhile, should one or more pharmacological treatments be successful, the question remains: How many can be treated, and where?

With 5-10% of COVID 19 cases needing ventilator support, is there room for drive-in halfway houses, between home and hospital, or hospital and intensive care?

The case of Europe: self-congratulation to culling

In many parts of Europe, serious debate about such questions have been derailed by newsbytes and occasional self-congratulation about hospitals and ICUs.

Way beyond this, tough questions need to be faced. One of the most immediate issues is strategic self-sufficiency.

Take the case of Germany, the presumed master of infrastructure spending and planning. With war out of fashion in Europe, little attention was given to the amazing finding that a large part of Germany’s fighter jets, helicopters, tanks and submarines did not work when tested.

This was largely an ideological battle between the left and the political center. However, public health should be another matter.

Nobody is really surprised that there was a severe shortage of face masks – even in hospitals – in Italy. But why on earth is there one in Germany?

Plastics to the rescue

Just how off we are on our presumably modern reaction and thought patterns, consider this: Before the COVID 19 crisis, the world was obsessed about plastics, of doing away with them.

As is ironically turns out now, the best defense against viral contamination is a plastic barrier. All of a sudden everybody prays for plastics’ Great Return.

Amidst the many ethics questions we will have to ponder, there are two lessons which COVID 19 might teach us.

1. To pay for the panoply of ever-cheaper products we do not really need, we have lived our lives on a curve of diminishing returns. There will be a recession, probably a severe one, but the world economy will recover. To what degree is our choice.

2. As we sit locked down at home, we can celebrate the return of time. We do not need to overwork to save for free time, at a later date.

It may also be salutary to remember that refugees did not cause the 21st century’s first pandemic. Tourists did.