Reflections on the hurdles that China’s economy faces – and why Xi Jinping has become the biggest risk to China’s future evolution. 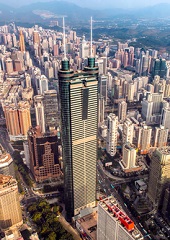 China’s National People’s Congress took place this week. President Xi Jinping and his inner circle believe that he is the transformational leader — or the “Good Emperor” — who has the vision and the will to set the stage for China to complete its “Peaceful Rise” by 2050.

Progress in a different world

The phenomenal economic rise of China between 1978 and 2016 took place in a benign global environment.  That was a prolonged, three-decades-long period with international support for integrating China into the global system.

That changed in 2017, marked by the election of Donald Trump in the United States.

Since then, China has to contend with a changed global environment. Globally, containing China is now the paramount narrative.

China as a sated society

And inside China, the younger generation has a declining work ethic. It is no longer so eager to work hard in order to achieve material gains.

In that sense, in its own domestic context, China is becoming a sated society. Given that China’s population is also aging rapidly, that is not an auspicious constellation, especially in view of the very high ambitions of the country’s current leadership.

Gordon Chang’s “The Coming Collapse of China” (2001) was on the mark in analyzing the huge problems in the Chinese political economy. But the timing was off.

The collapse of China did not occur then as had been anticipated by the author.  A forgiving global environment provided vast economic stimuli to help an imbalanced, but rapidly growing economy resolve many of its internal contradictions.

By now, China has come to the end of its period of “catch up” economics, which relied on a construction- and investment-driven growth strategy. Its end was powerfully symbolized by the implosion of Evergrande.

No matter how resolutely the country’s leadership presents its ambitions, the past is no longer a useful guide for a prosperous future.

China needs to change course to a productivity and consumption-driven economy.

To get there, China first has to clear up a backlog of problems which it has accumulated from its first phase of development – corruption, inequality and bad debt.

What is needed is a detox of sorts. It requires firm leadership that must challenge vested interests to give up their privileges, so that new champions can emerge to lead the country to new sources of growth.

That will prove difficult. For example, the past anti-corruption campaigns conducted by Xi primarily served the purpose of “cleaning house” by removing potential rivals that might have stood in the way of the new emperor’s rise.

The hard part of the clean-up, tackling establishment insiders who have gained vast wealth under Xi, still lies ahead.

Tackling those domestic challenges would be easier if there was an auspicious international environment.

But China is not only facing unprecedented trade wars with major trading partners. It also has to reckon with a new reality where global supply chains are reconfigured to rely much less on China.

But the cumulative costs of bad debts from state-owned companies, the bursting of asset bubbles and bad debt from the Belt and Road Initiative investments are mounting.

At the same time new financial demands are emerging: Healthcare costs will rise exponentially due to an aging population, as do the costs for cleaning up the environment.

Xi’s claim to reallocate wealth to achieve common prosperity will have significant economic effects, including on the country’s power structure. The drive to modernize the military will not come cheaply either.

Simply not prepared for joint prosperity

In order for the shift to productivity and consumption-driven growth to be successful, China will need foreign investment with access to the latest technologies.

Its economic policies have been consistently mercantilist and opportunistic with scant regard for the interests of its trading partners.  Addressing this one-sided pursuit of self-interest was at the root of Trump’s China policies.

As a result, China’s access to overseas R&D is getting considerably more fragile. In the new environment, foreign investors are holding back on the latest technologies and R&D access is shrinking.

Long-term China investors and supporters are increasingly running the risk of being considered China propagandists in their home societies and coming under political pressure to rethink their investments in China.

Other drags: The rural population

The “Common Prosperity” narrative, which in part is aimed at buttressing popular support for the CCP amidst an environment of high inequality, requires investment in the much neglected rural areas.

The exploitation of poorly educated unskilled workers, which underlies China’s low cost of production, needs to be redressed. Raising the income levels of such unskilled workers will be a drag on efforts to increase productivity.

The recent crackdown on the country’s most successful technology companies has put a chill down the spine of a new generation of entrepreneurs.

Xi’s effort to underscore who the boss is and forcing business leaders to always be mindful of party policy will crimp risk taking.

A smart Chinese entrepreneur would not want to put all their eggs in China and would want to have a foothold in a foreign country as insurance against a clampdown.  This lesson is being further reinforced by current events in Russia, where the state’s absolute power over business elites is in vivid display.

The downsides of diktat culture

From its opening up in 1978, China for some decades had a relatively open environment for the vigorous debate of ideas.

That was an important factor to the successful implementation of robust policies and fed the country’s dynamic emergence.

The adoption of Xi-Jin-Ping Thought has marked a shift to a more propagandistic society where thought police units patrol the internet and listen in on community and institutional discussions.

Fear of being caught on the “wrong side” of the will of the party commissars has created a risk-adverse environment which multiplies the risk of policy failures.

This effort has been supported by the far-reaching use of a variety of technologies to stifle public debate.

This includes limits to information access in the internet, scrubbing the Chinese internet of content which is against party policy, tracking people’s movement with face recognition technology and using a “behavioral” rating system which provides carrot-and-stick incentives to control social behavior.

Towards an Orwellian society

This move towards an Orwellian-like society runs counter to creating an innovation driven society which thrives on the three ingredients of: an educated work force, entrepreneurship and a vibrant intellectual environment.

In a way, Xi himself has become the biggest risk to China’s continued emergence — with no successor or a succession system in place.

Border tensions with India, its treatment of Australia and Lithuania, as well as its claims on the South China Seas have increased China’s international isolation.

Its very exploitative handling of Belt and Road Initiative investments and its irresponsible handling of the Covid outbreak in Wuhan have reduced China’s soft power.

China’s bullying style of leadership, as Thomas Friedman called it, fronted by wolf warrior diplomats, has left it with few friends.

As the old model dies with surprising speed, symbolized by the failure of Evergrande, China’s new productivity model will not be able replace it quickly enough.

As a result, financial and political pressure will build on the system. An aging society will compound the problems.

The shallow waters will seriously crimp its range of options and even a minor crisis could multiply exponentially by feeding itself on the numerous other contradictions in China’s political economy.

Today’s economic environment in China is that of a tide that is going out. As Warren Buffet would say, only when the tide goes out do you discover who’s been swimming naked.

1. To date, the CCP has done well for China and the country is on an unprecedented strong footing. As a result there is broad support for the CCP –  but it is not unconditional.

The citizens’ support is not a based on love or legitimacy. It is one based on respect for competence that comes from consistently delivering the goods, backed with a bit of fear.

2. But when the economic goods are no longer being delivered to the level of expectations of the Chinese people, the contract will be broken. And when the center cannot hold, pandemonium will break lose — as it has in repeated cycles over 2,000 years of Chinese history.

Putin’s Russia shows that a powerful country will not budge on what it considers to be its fundamental strategic interests. It will not adhere to norms of the global order nor exhibit self-restraint in securing those interests.

3. China, too, is a powerful country, albeit economically in contrast to Russia’s military power.  When it comes to fundamental strategic interests, like Taiwan, China too is likely to be similarly unrestrained in pursuit of its interests.  It is likely to flex its economic muscles before flexing its military options.

4. As the late MIT economist Rüdiger Dornbusch famously said, “An economic crisis takes much longer time coming than you think, and then it happens much faster than you would have thought.”